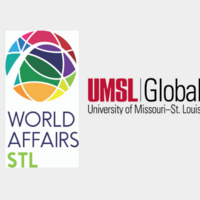 On December 31st, 2020, the United Kingdom officially left the European Union after a three and a half year long process fraught with indecision, uncertainty, and frustration. One hundred and thirteen days into the new European reality, we take a moment to investigate the Brexit phenomenon. What lead to the UK leaving the EU? Why has the process been so fraught? What will the new EU-UK relationship look like, and where will the EU go from here? And will the United Kingdom survive the process, or will we see independence movements in Scotland and Northern Ireland lead to a final fragmentation?