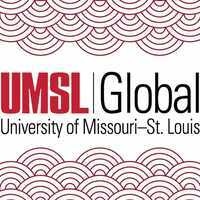 Innovation or Mimicry? Early Japanese Government and Its Relationship to China

In the seventh and early eighth centuries, Japanese leaders took their country through a series of amazing transformations that led to new cities, a new legal code, new military, and new forms of money. These changes were inspired by what Japanese saw in their powerful neighbor, Tang China. But were the Japanese copying Chinese models or modifying institutions to fit their own circumstances? Dr. Segal will use images and photographs to show us some of the most significant changes, providing possible answers to the question of whether the Japanese were innovators or mimics.

Dr. Ethan Segal is an Associate Professor of History at Michigan State University and chair of the MSU Japan Council. He earned his Ph.D. at Stanford University and studied at the University of Tokyo. He is the author of one book and numerous articles and chapters on topics including East Asian economic and monetary history, pre-modern women and gender, medieval foreign relations, and nationalism.