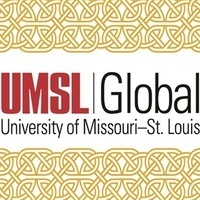 Marty Fahey was born and raised in Chicago and grew up “in the thick” of Irish culture: his father, Martin Sr. had a weekly Irish Radio Program for 45 years and his mother, Mary, taught and judged Irish dancing.  At age 11 he started to play the piano and soon found himself in the company of fellow musicians and friends, Liz Carroll, Jimmy Keane and Michael Flatley. He also plays the button accordion.

Marty has recorded with Liz Carroll (A Friend Indeed, 1979) and with Brendan Bulger and another childhood friend, Kathleen Gavin (Music at the House, 2003). Along with Liz Carroll  and Liz Knowles. He co-produced the recording which accompanied the noted art exhibit, Ireland: Crossroads of Art and Design: 1690-1840 , held at Chicago’s Art Institute in 2015. Alongside Liz Carroll again, he co-produced the CD that accompanied this years’ Snite Museum (ND) exhibit, being discussed, Who Do We Say We are? Irish Art 1922 | 2022.  He works with the Irish Studies program at the University of Notre Dame on a monthly series exploring the connectivity between the branches of the arts, Irish Art- Amplified.

Today, he lives outside of Chicago with his wife Patti and he spends his days as the Curator for a prominent collection of Irish Art and Antiques, The O’Brien Collection.

The exhibit and CD that accompanied it, were crafted as an exploration of the nature and position of the arts spanning the 100 years since the birth of the modern Irish Free State in 1922.

Paris, 1922: The nascent Irish government utilized the Arts as a tool of diplomacy in a week-long conference held in Paris shortly after the Treaty was ratified by the Dail In January of that year.. The goal of the conference was to raise the profile of the new government and to establish its legitimacy as a newly independent and self-governable State, especially in the minds of it supporters amongst the Diaspora.   The use of the Arts to share this message was meant to bolster its claims of having a rich and distinctive cultural identity rooted in antiquity, long prior to its colonial experience with England.

Within months of the Paris Conference, Civil War broke out in 1922 over the Treaty terms and the resulting Partition of the country and so the records/ legacy of the Conference were all but lost and forgotten until recently. This exhibit and musical response is the first public commemoration--and re-interrogation-- of that seminal event.

The project being discussed was a unique exploration and collaboration between composers, producers, musicians, curators, academics, patrons and the Department of Foreign Affairs (DFA) of the Irish Government as part of the DFA's Decade of Centenaries Commemorations program.