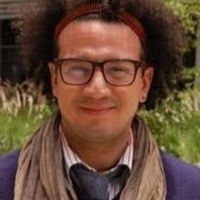 His current teaching duties include preservice language courses and graduate-level seminars on research and literacies in second language contexts as well as advising master’s and doctoral students. Until July, 2016, he served as the first program coordinator for the MA in Learning and Teaching Processes in Second Languages at UPB and he is currently a member of program committee for the Doctorate in Education at this university.

Research-wise, Dr. Mora is a member of the Pedagogy and Didactics of Knowledge Research Group at UPB (where he chairs the research line on Second Language Studies) and the Teacher Education Research Group at Universidad Distrital. He also chairs the Literacies in Second Languages Project (LSLP; Mora, 2015a) at UPB and since 2016 he has been ranked as Associate Researcher by the Colombian government science and technology office (Colciencias)

He has presented and published his work (both online and via video conference) in Colombia, Argentina, Spain, India, Vietnam, the United States, Switzerland, Czech Republic, Brazil, Poland, and Russia.  He also serves on the Advisory Committee for the Colombian Fulbright Commission, and the Editorial Boards for Journal of Adolescent & Adult Literacy, Voices from the Middle, Reading Research Quarterly, Revista Brasileira de Linguística Aplicada, and PROFILE and HOW Journals in Colombia, to name a few.

His primary research agenda studies the applications of alternative literacy paradigms to analyze second-language literacy practices in urban and virtual spaces in the city and the use of languages a social and semiotic resource. This research agenda is mostly materialized in the work he, his students, and mentees are developing at LSLP. He does this research in English and Spanish, as one of the emerging researchers using the idea of "literacidad" (Mora, 2011, 2012, 2016) in the region.

His secondary research agenda covers the fields of second languages, critical discourse analysis, socio-cultural theory, and transmediality. His work in the area of second languages (Mora, 2013) questions traditional concepts such as “foreign language” (Mora, 2015b), seeking conceptual frameworks that respond more effectively to today’s language ecologies (Mora, 2014).  His research on critical discourse analysis has discussed the social imaginaries of teachers in advertisements for online courses and the idea of the trickster in Colombian comedy. His most recent work on Socio-cultural theory has analyzed media and the situation of teacher education in Colombia through the use of Pierre Bourdieu’s social frameworks, especially his notion of reflexivity. He has also begun to explore the use of transmediality as a tool to discuss epistemology and social theory.

In his work as an educator, he has explored the use of multimodal texts to discuss issues related to the classroom, the use of spoken word and slam poetry as tools to improve second language teachers’ communicative competence, and the development of frameworks for the use of WebQuests as a learning tool for second language learning.

At a personal level, he is happy to be sharing his academic and personal life with his wife, Dr. Polina Golovátina-Mora, with whom he also shares their love for movies, dystopian literature, good food, photography, and Connor and Duncan MacLeod, two cute rescue dogs that have joined their family!

Sponsored, in part, by the Allen B. and Helen S. Shopmaker Endowed Professorship of Education and International Studies in Collaboration with Springboard to Learning at UMSL Global