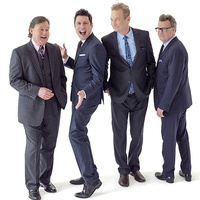 Prepare to laugh until you cry when four of the world’s greatest improvisation comedians take the stage at the Touhill Performing Arts Center Featuring Ryan Stiles and Greg Proops, both seen on ABC’s “Whose Line Is It Anyway?” as well as Jeff B. Davis and Joel Murray, this show will leave you gasping for air as the performers create hilarious scenes on the spot from audience suggestions.